The blood shift or why is the thorax of the apnetist not crushed in a deep dive? 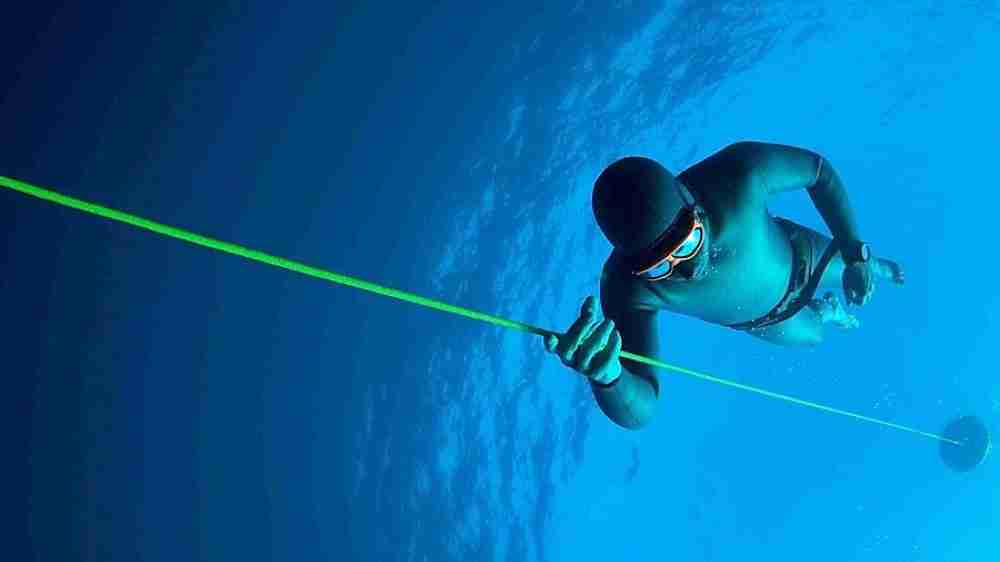 The question is: why is a breath-diver or apneist not crushed by pressure when he deeps more than 50 meters? In the decade of 50s the Physiologists believed that if somebody was descending more than this depth any body would be crushed or burst.

On August 15th, 1961 Enzo Maiorca plunged more than -50 meters and he wasn’t crushed. He returned to the surface uninjured. At the moment it seemed inexplicable and was deemed Maiorca’s challenge to genetic factors and progressive training. In part, the key is about genetic factors and training but the core of the question lies in bradycardia and the so-called blood shift.

The blood shift is studied, theorized and described by the American Navy Physiologist Karl Shaefer in the year 1968, and the explanation is simple. At a sea level, atmospheric pressure is 1 bar; by decreasing the hydrostatic pressure increases 1 bar every 10 meters. Hence, at 20 meters we will have 3 bars; at 30 meters, 4 bars; and at 100 metres, 11 bars. The pressure acts on the whole organism, but the most interesting is how it acts in the lungs. The air contained, by increasing pressure, is progressively reduced in volume by Boyle’s law. At 100 meters, the air contained in the lungs will take up 1/11 of the initial volume and the same lungs are 11 times smaller than on the surface. The problem comes up because the space that has become free cannot continue being empty since then it would crush or burst.

Why doesn’t it burst? Because the blood fills the free space of the lungs. As the blood is liquid it is not compressible, it cannot be compressed, and this allows the organism to adapt without reaching the implosion. But blood shift isn’t a passive phenomenon, therefore it allows important organs such as the heart and brain to obtain more oxygen, to the detriment of more peripheral tissues and organs, which will remain in hypoxia.

In 1974, the athlete specialist in free-diving Jacques Mayol underwent an experiment. A catheter was introduced via the elbow in the upper cava vein. After this experiment, physicians could measure intrathoratical venous pressure at -60 and -40 metres deep. Then they found that the blood contained in the thorax during the dive increased, moving from 1 L to 2.2 L.